THE NEED FOR SELF-DEFENSE

“I don't need self-defense skills, I know how to look after myself.”

I hear this all too often.

“I live in a safe area, Singapore is safe, why would l need self defense skills.”

- If you asked the kids at Columbine High School on April 19th 1999 if they felt safe at school, what do you think they would have told you, “Sure its safe here.”

This is a myth!

“Where I live it is safe, so I don’t need to lock my house or car or take as many precautions as someone who lives in a bad neighbourhood.”

Singapore does have a low crime rate and it is great to live in a country with low crime. However, while there is a reduced 'quantity' of crime the ‘quality’ of such crime can still be very high. As the all too over-used cliche goes, Low Crime Doesn’t Mean No Crime. If an area or a country has a low crime rate, it doesn’t mean every crime there is a petty offense. Murder, rape and stabbing incidents may not happen with frequency, but they can and do happen .

Living in Singapore the crime rate is low, however the crimes committed and the criminals that do commit crime have been quite brutal. They included;

- 3 July 2010: Calvin Tan Jian Wei, Edwin Tan Jian An and Ho Boon Sheng intoxicated an 18-year old pub waitress and raped her in a hotel in Jiak Chuan Road on the night of 3–4 July 2010. They were arrested in the morning of 4 July and sentenced in 2015 to imprisonment and caning.

- 16 May 2011: The dead body of an Indonesian domestic worker was discovered in the rooftop water tank of a HDB

- 12 July 2013: Staff Sergeant Iskandar bin Rahmat murdered 67-year-old Tan Boon Sin and his 42-year-old son Tan Chee Heong. The body of the elder Tan was found in his home at Hillside Drive in Kovan while the body of his son was dragged under a car for one kilometre from the home before being dislodged outside Kovan MRT Station.

- 8 December 2013: About 400 men rioted in Little India after a fatal bus accident. 28 men were arrested at the scene, of which four were released.

- 8 January 2014: Two Singaporean men, aged 41 and 50, kidnapped the mother of the CEO of Sheng Siong Supermarket.

Grisley and not pleasant things to think about but the point is, no place is unconditionally safe.

What should we do?

I am not advocating becoming paranoid and looking over your shoulders constantly in fear and never trusting anyone again. What I am drawing attention to is heightened awareness.

Here are some examples of how easily applicable it can be;

- If you are an avid bargain hunter, you already have an eye for finding the best deals and scanning for the best opportunities.

- If you enjoy cooking you already gravitate towards cookbooks, cooking shows and good recipes.

-If you are a parent, you already invest heavily in your children’s safety and getting through to adulthood as best you can.

These are all habits that we inculcate so why should self defense be any different?

It may help to think of self defense skills and personal safely like driving skills.

When you get behind the wheel, you might be the best driver in the world but does that make you safe? No it doesn’t. Why? Because of other drivers on the road. Not all drivers are going to cause accidents just like not every person is going to be a criminal.

However a safe driver takes precautions. Many of these precautions are so ingrained you don’t even realise or notice them. For example you check the mirror without thinking, you buckle your seatbelt or shift lanes to avoid heavy traffic or obstacles in the road, all with minimal thought. You do this because they are habitual patterns.

Keeping safe by adopting a self-defense mindset is very similar. Your awareness level is what helps you to react more rapidly and quickly to a situation. These skills can be applied to personal safety just as easily as they can to driving or doing any activity;

- Scan or ‘feel’ the environment as a habit and without thinking (this is your first line of defense, your situational awareness)

- Pay attention to behaviour that seems odd even while doing something else. 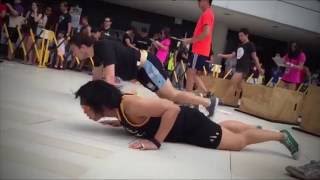 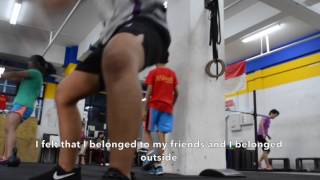 It's CrossFit Open Season at Innervate: 11 Do's and Don'ts

4 Tips for Training When You Don't Feel Like It